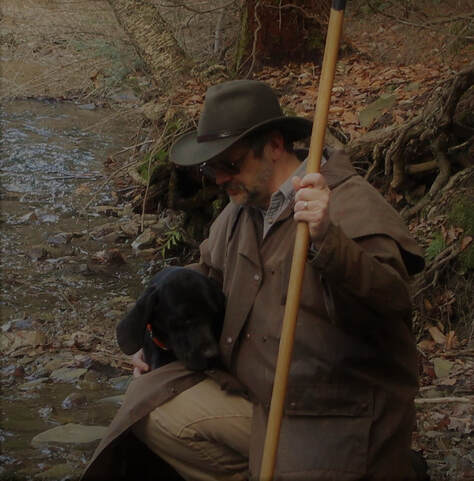 ​Joseph Gary Crance is the son of a retired New York State Forest Ranger. He grew up chasing behind coonhounds in his forests of hometown of Painted Post, spending hundreds of hours in the woods day and night and in every season. After a nearly 30-year career with the U.S. Department of Defense, with over 20 years in uniform with the U.S. Air Force, he returned with his family to the timeless hills of Upstate New York.

Now, he's pursuing a lifelong dream as a novelist. To date, he's self-published four novels, a family saga set in (of all places) Painted Post and with coonhounds, no less:

His novels The Forest Ghost and The Master of Hounds took first and second place, respectively, in the New York State Outdoor Writers Association 2022 annual awards.

His sixth novel, The Time of the Backroads, is expected to be published in Fall 2022.

Author interviews:
The following are podcasts or Youtube interviews with Joseph Gary Crance.

With Friends of the Chemung County Library:

Coon Hound University with Tyler Duncan
With Bear Siragusa of The Hunting Hound:

The Hunting Hound with Joseph Crance

The Man Behind the Ryland Creek saga

​
Joe has an associates degree in Survival and Rescue Operations from the U.S. Air Force, and a Bachelors in Professional Writing from Mansfield University. He is also a member of the New York State Outdoor Writers Association.