The Forest Ghost is the fifth book in the Ryland Creek saga: a prequel to Book I: The Last Coon Hunter.
Ghost begins in October 1962, set in both Painted Post and Salamanca, NY, and details a teenage Arthur McCutcheon growing up under the tutelage of the Seneca Chief Gray Eyes--with Gray Eyes' wife, Shell, and their daughter, Mist.
Like the other books in the series, this novel is about family, honor, and when to follow (and not follow) tradition.
And, yes, of course there are coonhounds. 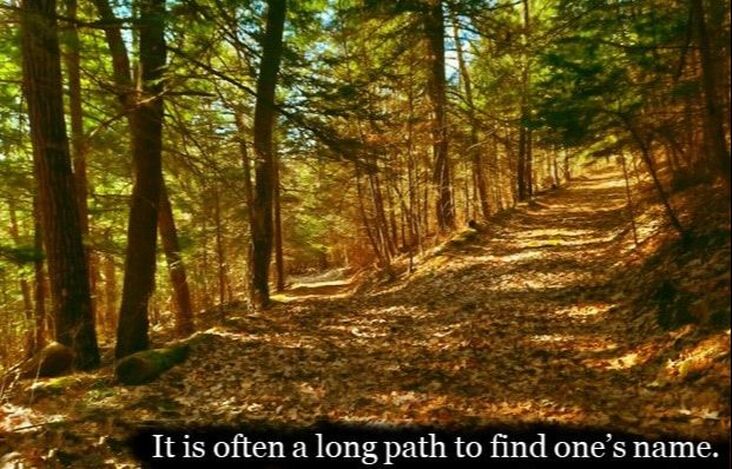 ​Where to begin?
Every story grabs an author and refuses release.
​     No respite, no truce, nor quarter given.
But then it happens.
Somewhere after the first clacking of the keyboard, the story comes alive. The writer’s role changes from penning the story to simply observing and recording, praying the words provide justice to what the characters do and say.
I never “controlled” Arthur McCutcheon—not from the time “Uncle” Arthur first appeared in An Exceptional Hound, to his cameo appearance in The Legends of Ryland Creek, and his important role in The Master of Hounds. It would be rude to even try to sway him, and any such an attempt would likely end in miserable failure.
Some readers have described Arthur as a modern mountain man. That’s fair. All along the way, the man called The Forest Ghost left breadcrumbs in the other stories about his past, uncanny insights, and upbringing. Arthur teases, while never bluffing, that he knows things that others do not—or perhaps cannot—understand.
But how does Arthur know what he knows? How did he even meet the venerable Seneca chief, Gray Eyes? What of his birth parents? Of Rose, his sister? Why does Arthur suddenly “show up” in An Exceptional Hound—sheer coincidence . . . or something else? Who is Mist, first (finally?) mentioned in The Master of Hounds? Why does Arthur refuse the company of people for the solitude of the forest? And perhaps that most important journey, how did he come by his name, The Forest Ghost?
Being a prequel, The Forest Ghost made many demands in terms of research and integration, and I enjoyed every minute of it. It was a wonderful ride, and I hope the readers enjoys it as much as I enjoyed writing the story of this special youth with a foot in both worlds.