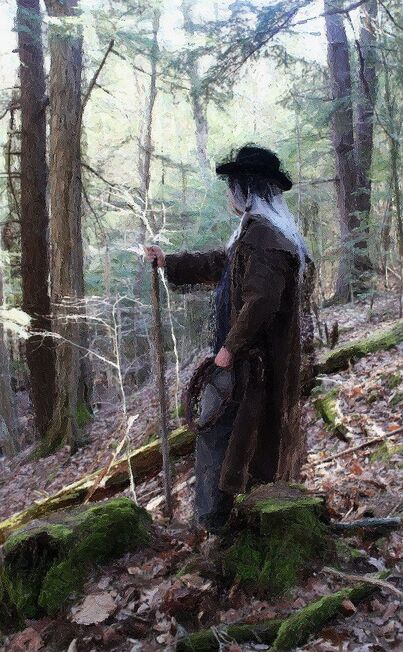 There were mysteries and “intentional loose ends,” some reaching all the way back to the first novel, The Last Coon Hunter, that had to be revealed as this timeline in the series came to a culmination.

The older generation mentoring the young has been a constant for the entire Ryland Creek Saga.

TMOH—whether dealing with one’s past decisions, facing your destiny, and even lessons about life itself—had to hit this theme at full stride.

What also had to remain was the communion between hunter, hound, and the forests. The land of Painted Post—with its legends, ghost stories, history, and reaching near-character status—was an important element to maintain in TMOH.

TMOH reunites some favorite characters, one being the return of the eccentric Uncle Arthur McCutcheon, while introducing some new heroes and villains, and one, let’s say, rather odd fellow. . . .