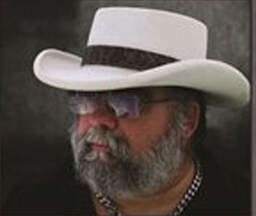 ​Editorial: Dutch Van Alstin is simply an incredible writer, whom I refer to as the “open road’s warrior-philosopher.” He writes about the life of “1%-er” motorcycle clubs—giving a rare and brutally honest look into the culture of those who love freedom, loyalty, and the open road. With plenty of plot twists and real-life characters whose shattered pasts often make them stronger, Dutch weaves tales that will keep you completely engrossed. While he now resides in Florida, he remains Upstate New York’s native son. If you’re up for a walk on the wild side, look no further than Dutch Van Alstin’s Life Behind Bars series.—JGC 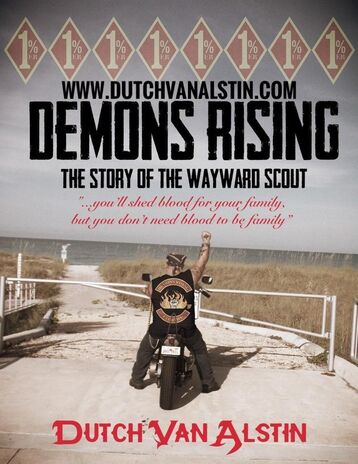 Praise for Demons Rising
Raw and unapologetic, Demons Rising grips you at the onset and doesn’t let up on the throttle. Dutch Van Alstin allows a rare and true peek into the world of the 1% Motorcycle Clubs and a sense of freedom as boundless as the skies beneath the open highways. Dutch paints the picture of the bonds that exist between “brothers of the patch”—love, murder, sacrifice, revenge, and loyalty
A masterful piece from the poet philosopher of the open road, Van Alstin delivers on all cylinders.--Joseph Gary Crance

Dutch Van Alstin draws from a broadly-resourced, generational palette of Americana to introduce us to the tight-knit and uniquely imperfect family that is the Demons Rising MC. He then peels back the layers of citizen-based bias to guide us to an understanding that our very traditional values are unexpectedly alive and well in their all-too-often dismissed and misunderstood counterculture. In Demons Rising, The Story of The Wayward Scout, Dutch takes us on a white-knuckled ride with the Demons Rising MC to reassure us that family values do still exist, and are personified faithfully from Prospect to Full patch, whether you like it or not!--R. Hickock 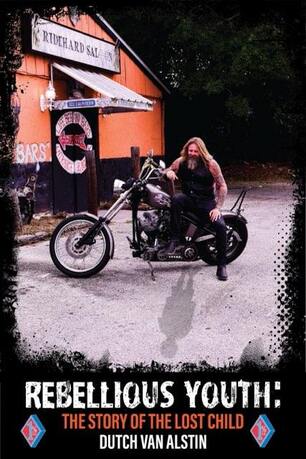 Praise for Rebellious Youth
Following up from his first novel, Demons Rising, Dutch Van Alstin once again proves to be the open road’s warrior poet with his next novel in The Life Behind Bars series: Rebellious Youth: The Story of the Lost Child.
Van Alstin introduces his newest character, the unrepentant John “Elf” Elfman of Rebellious Youth Motorcycle Club and takes the reader on a tortuous path as Elf battles his own demons rising. Perhaps, as Elf muses, the wind does have a memory, and it’s those memories of Elfman’s past that he must overcome to confront his present.
Rebellious Youth lays on the throttle and never lets up—a must read! --Joseph Gary Crance 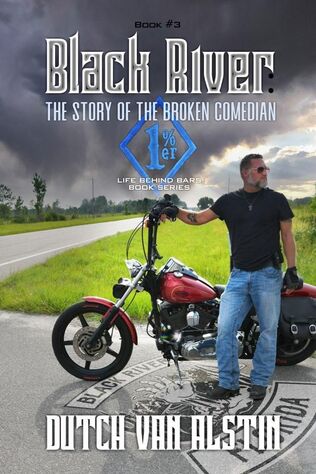 Praise for Black River
This third entry in the Life Behind Bars series is a superb story highlighting one of the members of the Black River Motorcycle Club, Oscar Bakker. Oscar’s struggles begin in early childhood and continue throughout his entire adult life. Once he joins the Black River MC, he finally feels that he is accepted and “belongs” as he quickly bonds with the other members of that club, in particular with Michael Wright (Ghost), the club president and founder. Although Oscar’s life is a series of highs and lows, he does experience love and enjoys some degree of success in Hollywood as a comedian, both in his younger days and in the present when an agent calls him with an extremely lucrative offer to star in a movie about bikers and to also serve as a consultant on the film. But life as a biker can be tumultuous, not the least of which includes illegal activities and a series of run-ins with the law. Oscar is told his entire life “to do the right thing,” and in the end, he must make the most difficult decision of his life. The story line is exceptional, and the author writes with so much realism that you can really get a sense of what the biker life is all about—the good and the bad. The characters are truly memorable, the pace never lags, and the jarring finish will blow you away. Two thumbs-up!  JAM

​Dutch Van Alstin once again delves into the world of the 1%er motorcycle clubs with the continuation of his Life Behind Bars series with Black River: The Story of the Broken Comedian.

With an all-new club and wonderfully new storyline, Van Alstin paints believable characters with tortured pasts and a plot that totally engrosses the reader. Oscar Bakker, the main character, becomes one of Van Alstin’s most complex and endearing characters—one whose success as a comedian remains seemingly just beyond his reach, but who finally finds himself in the brotherhood of the open road.

Get ready for some gut-wrenching twists and turns: Black River delivers a punchline where the bonds of loyalty know no bounds.
Author Bio:

Dutch Van Alstin is author of Demons Rising: The Story of the Wayward Scout, Rebellious Youth: The Story of the Lost Child, and his latest book now available, Black River: The Story of the Broken Comedian.
Dutch left Rochester, New York, and moved to St. Petersburg, Florida, in 2011 to pursue his childhood passion of writing and holds a masters degree from SUNY. He spent his entire life in and out of mc clubhouses as a member and a citizen.  He's still an active biker and makes several appearance every year in the Tampa Bay, Florida area.