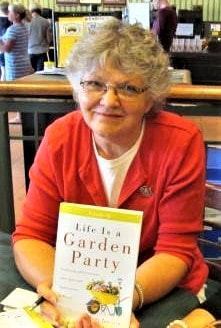 Editorial: I describe Judy Janowski’s writing as the modern-day, spiritual version of the 19th century, American philosopher Henry David Thoreau: She takes seemingly simple observations from her garden and weaves her poems to become something else again with a deeper insight. She’ll even add a recipe or two and some gardening tips along the way. If you think you or someone you know would enjoy a walk on the quiet side, Judy is your new author. —Joseph Gary Crance