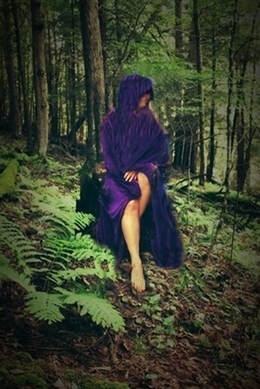 ​Editorial: A.V. Rogers mentions me below in her response to the question: What inspired you to write your first novel?
​And what she says is all true, but let me add a little context.
​I’m certain—after I read her first passage to the writing group—that shock registered across my face. It wasn’t because I was surprised Angie is a good writer (she is), but I thought to myself, “How could this horror story be hiding inside this angelic personality?”--Joseph Gary Crance

​
What inspired you to write your first novel, Dollhouse?

My story might seem a bit unusual to some, although maybe not for most authors.
I'm a big fan of horror books/movies and the supernatural. As I was falling asleep one night, the beginning of Dollhouse came to me, and I thought, “This is so cool! I'm going to write it down.” Later, the same thing happened, but this time, it was the end of the story.
After many months of research and imagination, Dollhouse became a story.
Four years later, my family and I moved to Upstate New York. I volunteered at the local library and heard about the writers' group. I went and listened to everyone's story until someone asked me if I wrote. I said no, but I do have a story.
Lucky for me when I brought the first 10 pages to the group, Joe Crance was sitting among the writers. I was asked to read my own submission, and I said no. Thankfully, Joe volunteered and read it.
When he was finished, Joe looked at me (somewhat shocked) and said, “This is good!”
A year later, with many changes, excellent advice, and the push I needed, my first novel is finished. This book would never have surfaced if it wasn't for Joe's encouragement, positive words, and a great deal of help with my many questions.
​
A.V. Rogers is now working on the sequel to Dollhouse--another horror novel titled Lilith. 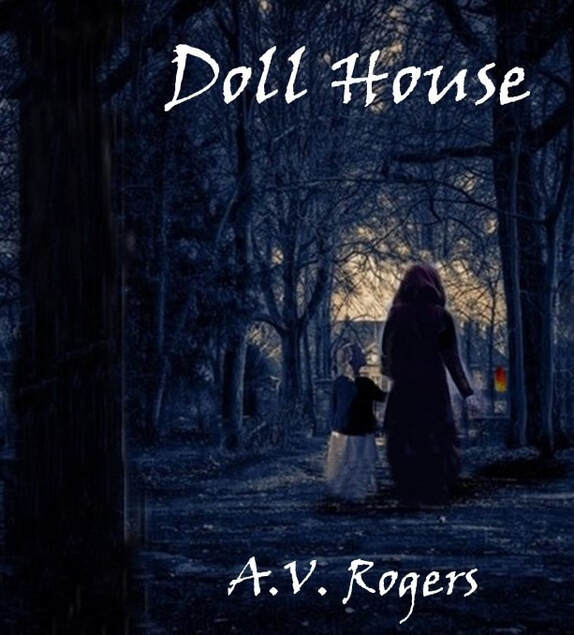 Imaginative—A.V. Rogers’ debut novel, Dollhouse, cleverly weaves the occult and notorious figures from history to create a supernatural tale of horror pitted against the innocent and unsuspecting. If you have figurines in your house, this story will have you looking at them late at night, wondering, “Did that just move?” --Joseph Gary Crance on Amazon

This deliciously dark story gives new meaning to the term “horror.” Cultist Aleister Crowley just cannot accept the fact that his daughter, Lilith, has passed away from smallpox in 1906 at a very young age. Still mourning her loss a century later, he utilizes all of the witchcraft and black magic he can muster to bring her soul back to life.

​When Aleister finally locates the perfect young girl to help him realize his lifelong dream, he seizes the opportunity to restore his daughter’s soul in the body of the child he has just discovered. With the help of his other daughter, Cora, who is a witch, some living dolls, and a few famous demons from the past, including Jack the Ripper, he sets his plan in motion, sacrificing the lives of anyone and everyone who gets in his way.

The nail-biting suspense this story offers, along with some major plot twists and surprises, will keep you totally engaged from start to finish. This very creepy, intensely scary story builds to a terrifying finish you will not soon forget. The writing is stellar, the unique plot is both brilliant and mind-blowing, and the riveting characters will leave an indelible impression
on you. If you love stories with blood and gore, this one is a must read. Sweet dreams . . .
-- J.A.M on Amazon

Utterly creeptastic! Ripe with possessed dolls, the occult, and serial killers, this book is a wild ride!!--M.O. on Amazon

Where to buy Dollhouse: